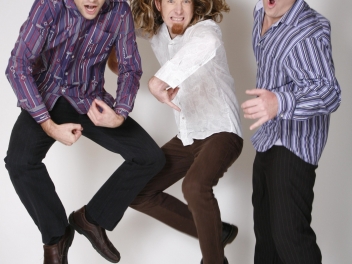 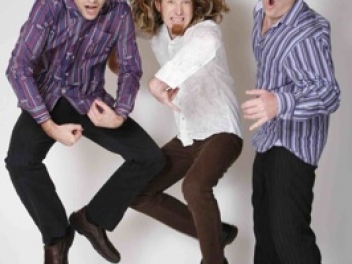 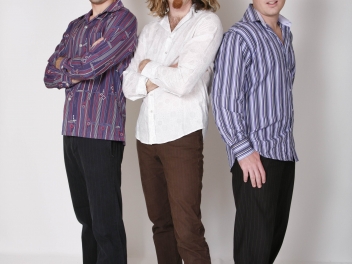 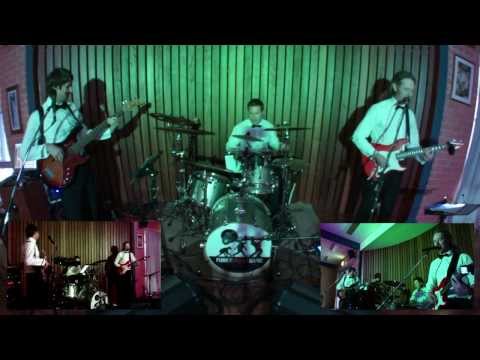 Their main Aim is to Entertain, make you Swing your Thing and Move to the Groove. Whether you want to chill out with some relaxed vibes, Funk the Party or Rock the House; you will be left wanting more. If it is your Wedding, Party or Function; we will be your Musical Chameleons, providing your choice of Funky Jazz, Acoustic Pop or Ballads to set the mood and later can Pump up the Groove with some Retro Rhythmical Radness i.e. "Let's Party!" These three Fashion Gurus, Matt Semmens (Vocals/Guitar), Chris Swinkels (Bass/Vocals) and James McCallum (Drums), came together mid 2006, however their individual professional musical careers all exceed a decade.

Entertainment is a must for functions, as it sets the tone and
atmosphere for your night. Without it, guests can easily become bored
and restless. Live music is the most popular form of entertainment, as
it provides not only an aural interest to the guests, but a visually
interactive aspect, which a DJ does not provide.

Our repertoire largely consists of popular music for dancing
to but because of their expertise, they can instantly alter their
driving dance renditions into relaxed acoustic versions that will keep
guests heads bopping and toes tapping whilst not interfering with
conversation. If there is a song that isn't a part of their repertoire
that you would like to hear, you are in luck, because we offer a complimentary song request.

Aspects for you to think about that influence the cost of hiring us include:

-The number and duration of sets of music

-Customisation of the repertoire and set-list for the night

-Requests for songs that aren't in our repertoire

As well as providing entertainment, we can also assist with
communications on the night by providing amplification for speeches and
the master of ceremonies (MC). The band can also provide background
music and/or facilities to allow you to put your playback device through
their PA system before and after sets.Their equipment is of a professional standard and appropriately sized
for the type of performances they do. The band has backups available for
almost every piece of equipment in the event that one of our
first-choice components fails.An advantage of being a three-piece band is that they only
require approximately 7.5m2 (3.6m x 2.1m ideally) of space to setup
their equipment. In addition to this it is very easy for them to alter
their overall volume to your liking because of the smaller sized
ensemble. We will dress according to your request, whether it is formal, smart-casual or casual, they are happy to oblige.

Jackson 5 Blame it on the Boogie

Flight of the Concords Business Times

Sly & the Family Stone Dance to the Music

Michael Jackson Don’t Stop ‘Til You Get Enough

Dee-Lite Groove is in the Heart

Hot Chocolate I Believe in Miracles

The Rolling Stones Miss You

Scissor Sisters Take Your Mamma Out

The Church Under the Milky Way

Blink 182 All The Small Things

Muse Can’t Take My Eyes off of You

Eddie & the Cruisers Garden of Eden

The Darkness I Believe in a thing called Love

KISS I Was Made For Loving You

Robbie Williams Let Me Entertain You

The Killers Mr Bright Side

Poison Nothing But a Good Time

Powderfinger On My Mind

Kings of Leon Sex_on_fire (half)

Steelers Wheel Stuck in the Middle

The Surfaris Wipe Out

Pink Floyd Another Brick in the Wall

Violent Femmes Blister in the Sun

The Travelling Wilbury’s Handle with Care

Pink Floyd Wish You Were Here